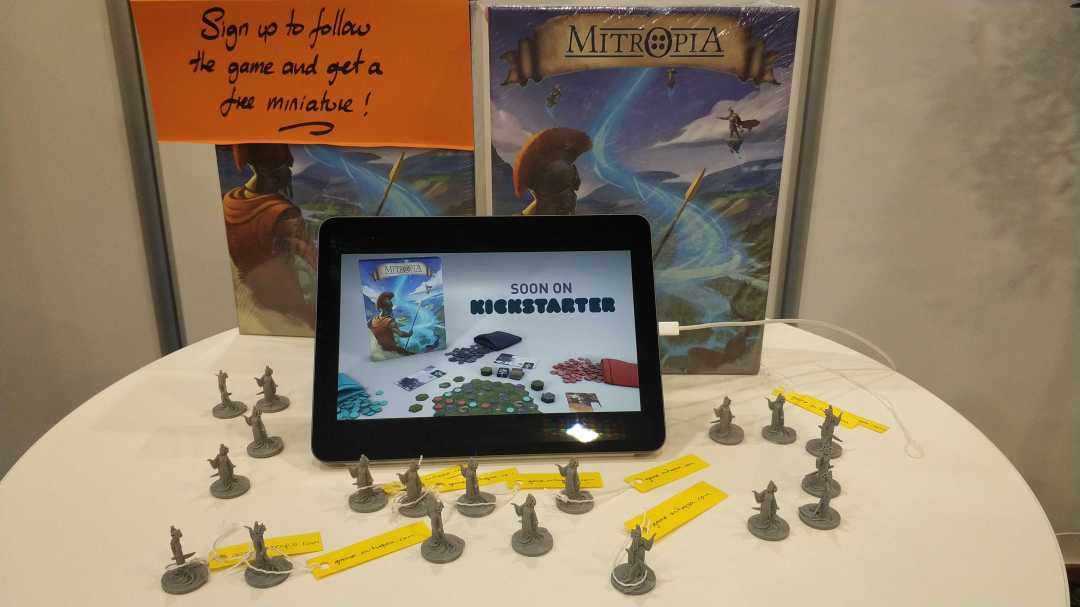 Spiel Essen Wrap and What’s Next!

The first two days of SPIEL 2019 were already a great ride for us and it only got better from there! A huge thanks to the organizers, all the people that came by our booth, preview played, gave feedback and laughed with us! We also had great neighbors like Zestrea who have now made their funding goal (Woot!!).

By our estimate we played nearly a 100 games in four days, from two player to five player and each one was a blast in its own way!

Our kickstarter plans are in the works and there will be updates on that very very soon! You can follow progress by signing up here!

Our next stop in the gaming world is PAX Unplugged: looking forward to seeing everybody there!

Ex-CEO of 3scale, Timewarper and occasional game designer. View all posts by njyx

One thought on “Spiel Essen Wrap and What’s Next!”